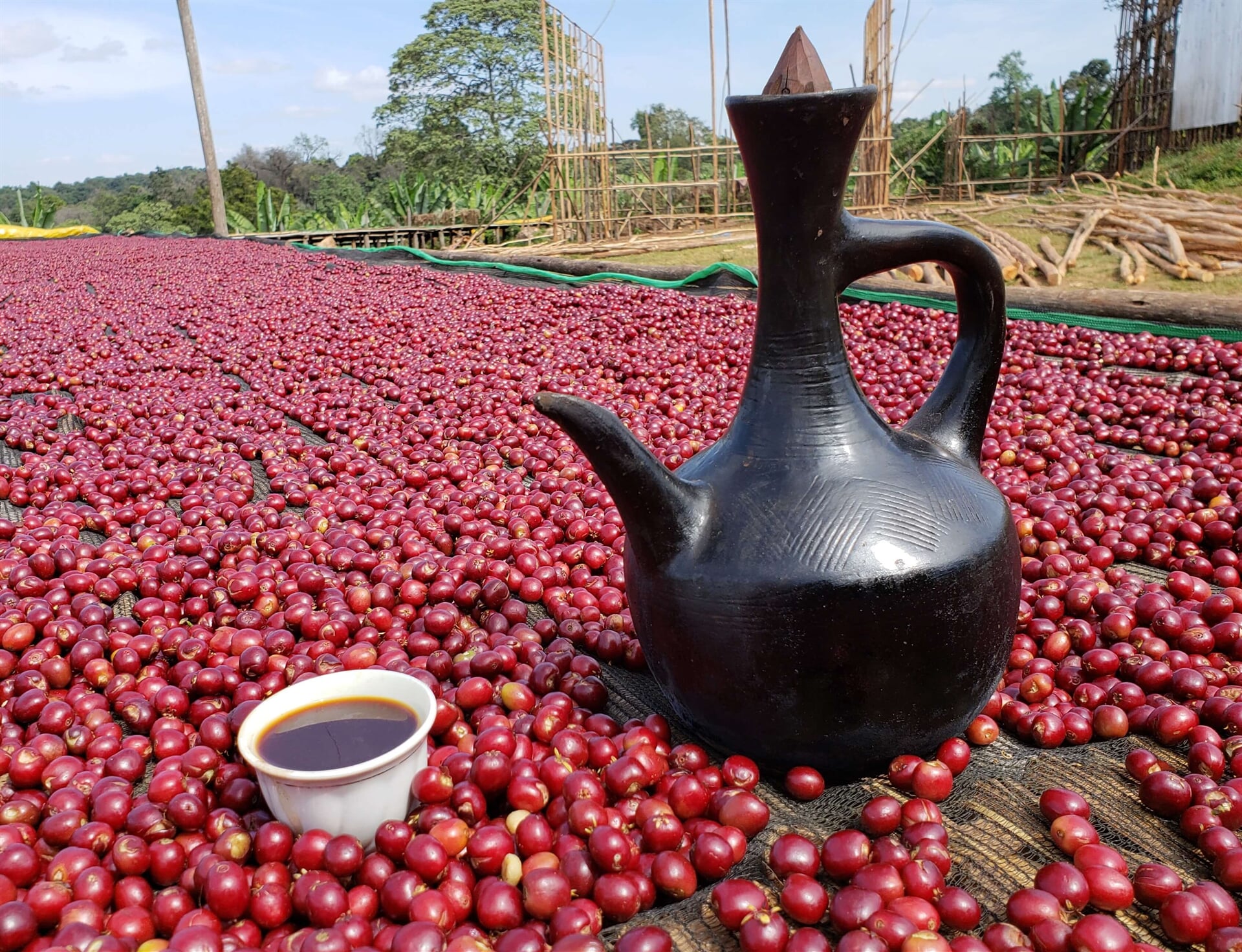 We're thrilled to release another Ethiopian coffee by "the King of Guji" Ture Waji! Ture and his brother Assefa founded Sookoo coffee in late 2018. Located in Odo Shakiso within the Oromia region and Guji zone.

The cherries are sourced from the surrounding Kebeles (neighborhoods) and the lots are named after these Kebele's which the coffee is coming from. This specifc lot being from the Shoondhisa Kebele.

Most of the cherries being delivered to the Sookoo coffee station from Shoondhisa are a combination of Gibirinna 74110 and Serto 74112. Both of these are from the Metu Bishari selections made in the forest of the same name in the illubabur Zone by the Jimma Agricultural Research Center (JARC) in 1974. They were specifically selected for their resistence to coffee berry disease.

This coffee is a typical raised bed natural which has been dried between 15 and 20 days.

This coffee is super sweet and an absolute fruit bomb!
Expect flavors like berry compote, strawberry and white sugar.